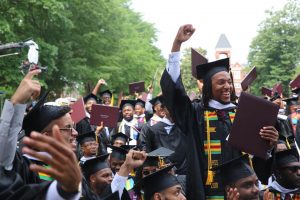 The 66-acre campus includes an international chapel, a campus center and an executive center. The student body represents more than 40 states and 12 countries. In 2006, the College became steward of a 10,000-piece collection of the writings of Dr. Martin Luther King Jr.

Morehouse College is three miles from downtown Atlanta — the educational, cultural, economic and entertainment capital of the Southeast and a city growing in international stature. It is a member of the Atlanta University Center, the nation’s largest consortium of historically black institutions.